First, readers should note that the term boseulachi (보슬아치) is derived from the combination of a Korean word for vagina (보지) and an old term used to refer to a Choson dynasty government official (벼슬아치). The term, as described by colleagues (who were quite embarrassed to speak about this term) is intended to disparage ‘bossy women’ or ‘women with power’ or attempts by women to ‘control men.’ Similarly, according to colleagues, the term jaseulachi (자슬아치) from a combination of the term for penis (자지) and the Choson dynasty official (벼슬아치), to refer to a “man who treats woman badly” or who is overly “worried about mens rights and/or angry about benefits for women.”

Besides its’ former name, the Men’s Korea site shows obvious sexism in a number of posts. For example, the Men’s Korea post pictured below, titled “Ilbe Kimchi Bitch” features the personal identifying information and Facebook contact information of a woman the anonymous poster apparently does not like (but we have censored that information in the image below). 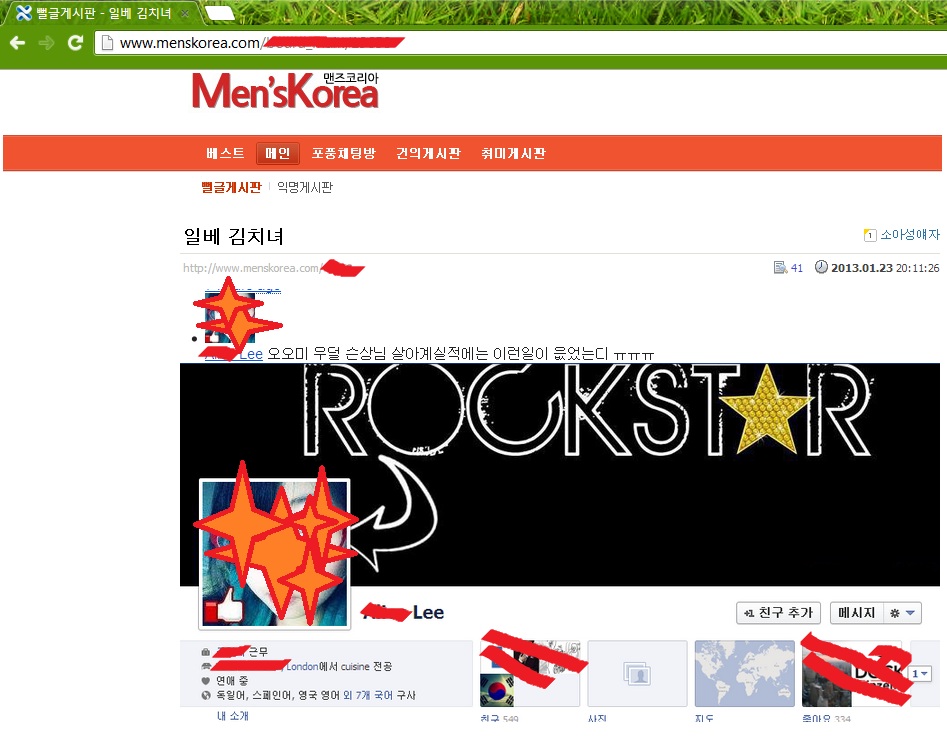 For purposes of clarification, according to Koreabang, Kimchi Bitch is a

“Slang word usually used to denote material Korean girls who spend most of their time shopping and buying cosmetics, looking down on Korea in preference of perhaps a better Western life, when they are in fact Korean down to the core. The word kimchi is used to to highlight the fact that you cannot wash off the smell or stain of kimchi –– and therefore you can not wash away your Korean roots either. Also phrased as 김치년 ['kimchi-nyoen', 'kimchi bitch']. Similar term sometimes used for men too.”

The poster can present the identifying information of this Facebook user and label her with hate speech. Or, take this gem, taken from Men's Korea "BEST LIST" which carries the title "Korean women #1 in theWorld for Infamy." The post describes Korean women as having high divorce rates, abortion rates, etc. before the poster concludes: "#1 Whores ^^ Within 3 days you have to meet 1." 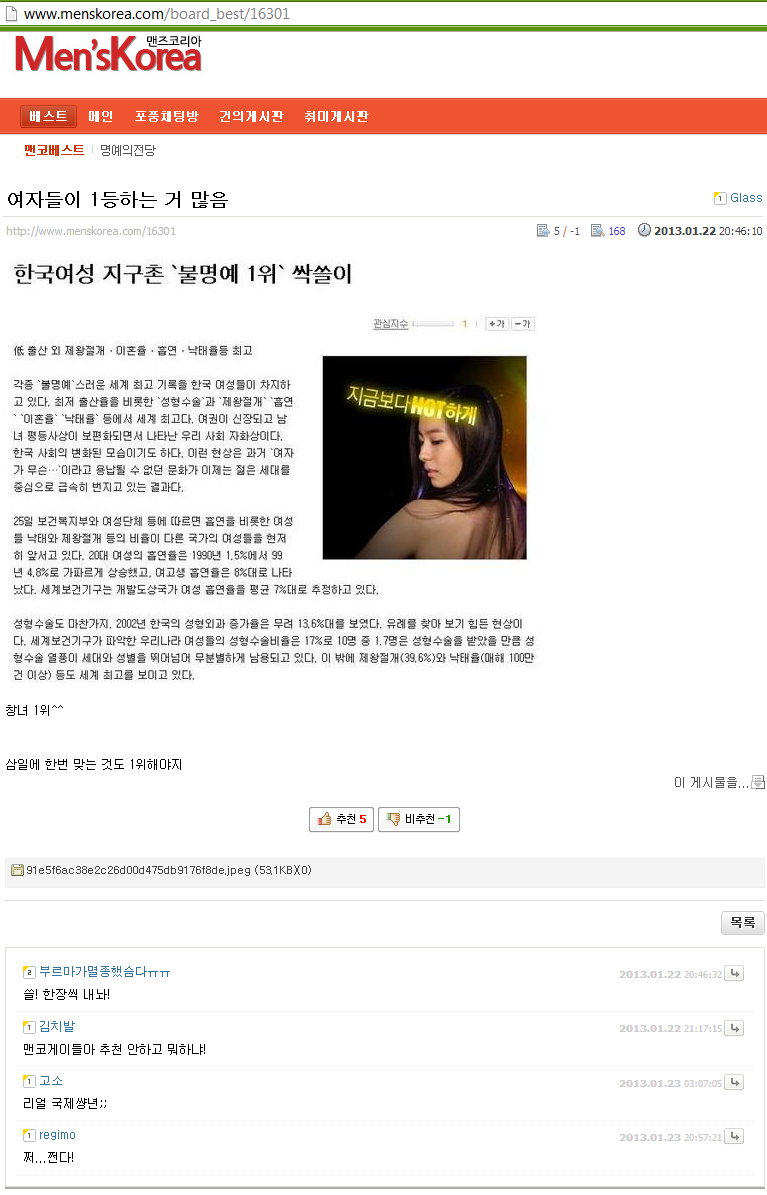 So, in conclusion the site provides an online forum for women-bashing and hating on gender equality and specifically targeting individual women that nameless netizen's have a grudge against. Some posts on the site reflect some men's resentment toward women individually, collectively, socially and against institutions that support women.