Background:
Korea's sex offender registry list is currently managed by two government organizations with separate lists depending on whether the victim was a youth or adult. The laws were enacted recently and are not retroactive, so only those who have recently been convicted of rape or sexual assault are required to register.
Posted by Unknown at 02:17 No comments:

Several daily stories with racist and sexist undertones have appeared on No Cut News for the last week, some of which are translated here and here. Let's discuss some of the problematic ideas propagated in these articles:


Basically the No Cut News doesn't seem to investigate deeply enough to recognize that a Youtube video is just something randomly created and shared among a few people, and not a significant reflection of the views or actions of the majority. Compared to the massively popular blogs by foreigners like this that actually inform foreigners about Korean culture, we can't say that these Youtube videos or blogs represent larger groups of people. Similarly the book "Making Out in Korean" also exists in at least a dozen other languages... and only a few pages in the whole book relate to dating, while the majority of the text is about travel or Korean culture, etc. This book shouldn't be characterized as an officially organized plan to "seduce Korean women" as claimed by CBS'Nocut News. While some translations in the book could be used by individuals to sexually objectify men and women alike, it is not part of a common plan among foreigners to use it, which is the context given by No Cut News.

Even in this translated statement, the assumption is that all foreigners believe these kind of sexist and objectified ideas about Korean women, and only after failing to date will realize the truth, however some will constantly cause problems, generalizing about foreigners and indirectly putting pressure on Korean women not to date in order to teach foreigners the so-called 'truth.' "Of course most foreigner teachers will end up finding the reality is quite different from that distorted information regarding dating Koreans. However, some of them with false impression about Korean women are constantly springing up such as with the guy who committed that hidden camera incident last week. 물론 대부분의 외국인 강사들은 한국에 와서 자신이 생각했던 것과 현실이 그렇지 않다는 점을 알게 된다. 그러나 왜곡된 선입관을 갖고 들어오는 일부 강사들의 의해 이번 몰래카메라 사건과 같은 성범죄는 잊을만하면 터져나고 있는 것이 현실이다."


Recently, there was a series of petitions filed by Korean citizens and visa holders to the Korean Terrestrial TV Broadcasting Review Division (02-3219-5252). The petitions were filed using the Korean government's E-People website, and through an online petition site that is requesting an apology from MBC. There is also a petition underway with the Press Arbitration Commission at the suggestion of Korea's Human Rights Association. These might be appropriate steps for redress in future incidents, as they have already yielded a some results.

One petitioner received the following response finding MBC at fault for discriminating against foreigners in their Shocking Reality program:

The Terrestrial TV Broadcasting Review Division issued a warning to MBC, stating:
"Thank you very much for your interest in the television broadcasts. We hereby notify you of the result of our review pertaining to your complaint.
- Result -
○ After a thorough investigation and discussion on the content of the program in question, we have concluded:
- The broadcasting company is deemed to have abandoned their public responsibility of promoting equality and diversity by describing the relationship between a Korean female and a foreign male as something inappropriate, denoting problems that arise from any dating relationships as something that would only occur in relationships between local females and foreign counterparts.
- Therefore, pursuant to §100① of the Broadcasting Act , we have dictated an ‘advisory’ opinion.

Pursuant to a complaint petition, it is clear that the Korean Terrestrial TV Broadcasting Review Division (02-3219-5252) will consider content in English or Korean that might be discriminatory. It isn't responsible for the media to take the actions of an individual and blow these up into a criticism of an entire group, or claim that these actions represent the whole. This was a major discriminatory attitude in the MBC program, and now it seems to be repeated by CBS's Nocut News.

Discussion: What do you think about these articles by Nocut News?


Thanks to Koreabang, Gusts of Popular Feeling and the Action Against MBC Korea and their racist biased reporting Facebook community for bringing this story to light.
Posted by Unknown at 18:53 No comments:

Park defends her father’s coup as ‘the best possible choice’


Q. What do you think about Park Geun-Hye's statement that the 5.16 coup d'tat in Korean history (which led to 19 years of her father, Park Chung-Hee's power) was the best choice?
Q. Do you think it is fair to judge her political career by her father, or for the media to describe her as "princess" Park? 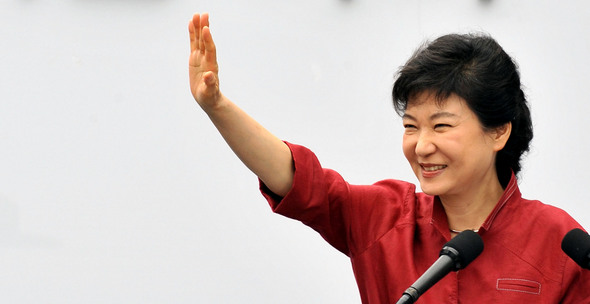